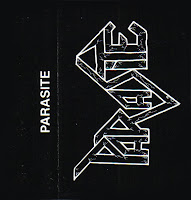 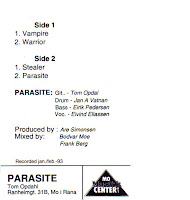 The first and only release from this now legendary thrash metal band from Mo i Rana, Norway. This demo was recorded in a small studio in the basement of a local musicstore in January/February of 1993, and was only available on cassette. Parasite disbanded shortly after the recording of this demo.

Cassettes are the best, I tell you! The BEST! :-D